Saint George’s Abbey is a heritage site located in Stein am Rhein at the confluence of the Lake Constance and the river Rhine. Protected by the Swiss Confederation the former Benedictine abbey is excellently pre­­served and features outstanding cultural treasures.
After the dissolution of the monastery in 1525, the site changed hands and was repurposed several times: For example it was used as the residence of the bailiff of Zurich, as a school, for harvesting silk or as the regional library and museum. With a thousand years of history behind it, Saint George’s Abbey has become a place where plenty of stories happened, with ties to both regional events and Europewide developments.

The given task was to develop the visual identity, signage, publications and the graphic- and information design for a new permanent exhibition.

The Banquet Hall and its early Renaissance murals are considered to be unique north of the Alps.
The main challenge for the creation of the visual identity was to represent a place with such a distinctive architecture and at the same time conveying the idea of a place that over the course of time experienced multiple usages. Since the surrounding region relies on tourism, the visual identity has to be multilingual.
The concept of the logotype is based on two elements: A signet and a word mark. The outline of the signet is the outline of an isometric cube. It loosely references some distinct architectural features of Saint George’s Abbey. At the same time the isometric cube is a generic representation of space. The letters SG are the initials for Sankt Georgen in the four different languages German, French, Italien and English.

Excerpts from the graphic toolbox

Photography
To complement the images of the artworks (wall paintings and carvings) images from different photographers where commissioned. Among them Geneva based artist Claudio Moser. They were also shown in an exhibition the space of the abbey. There they entered into a dialogue with the architecture of the site and continued the interplay between art and architecture that characterises the place since early on. 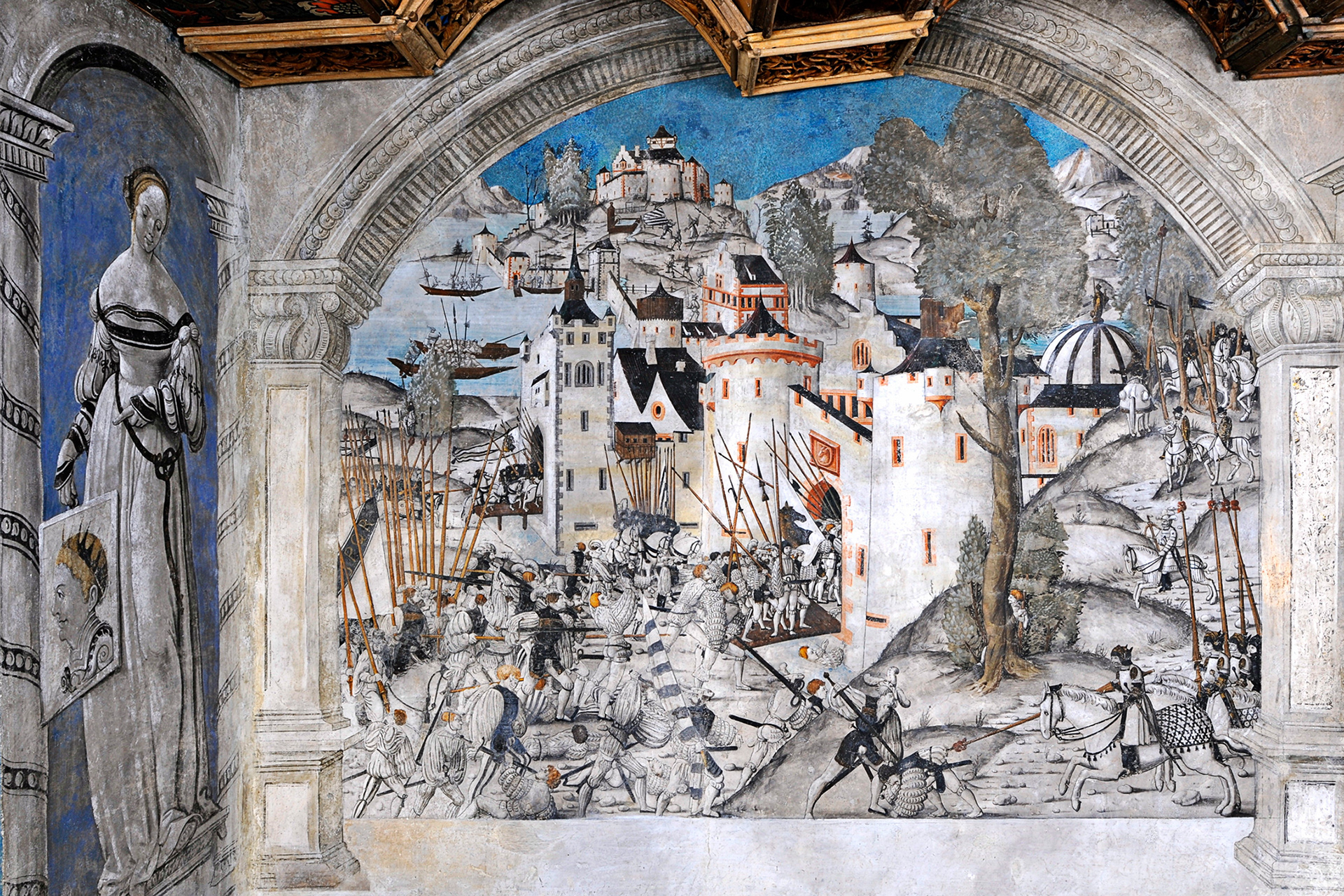 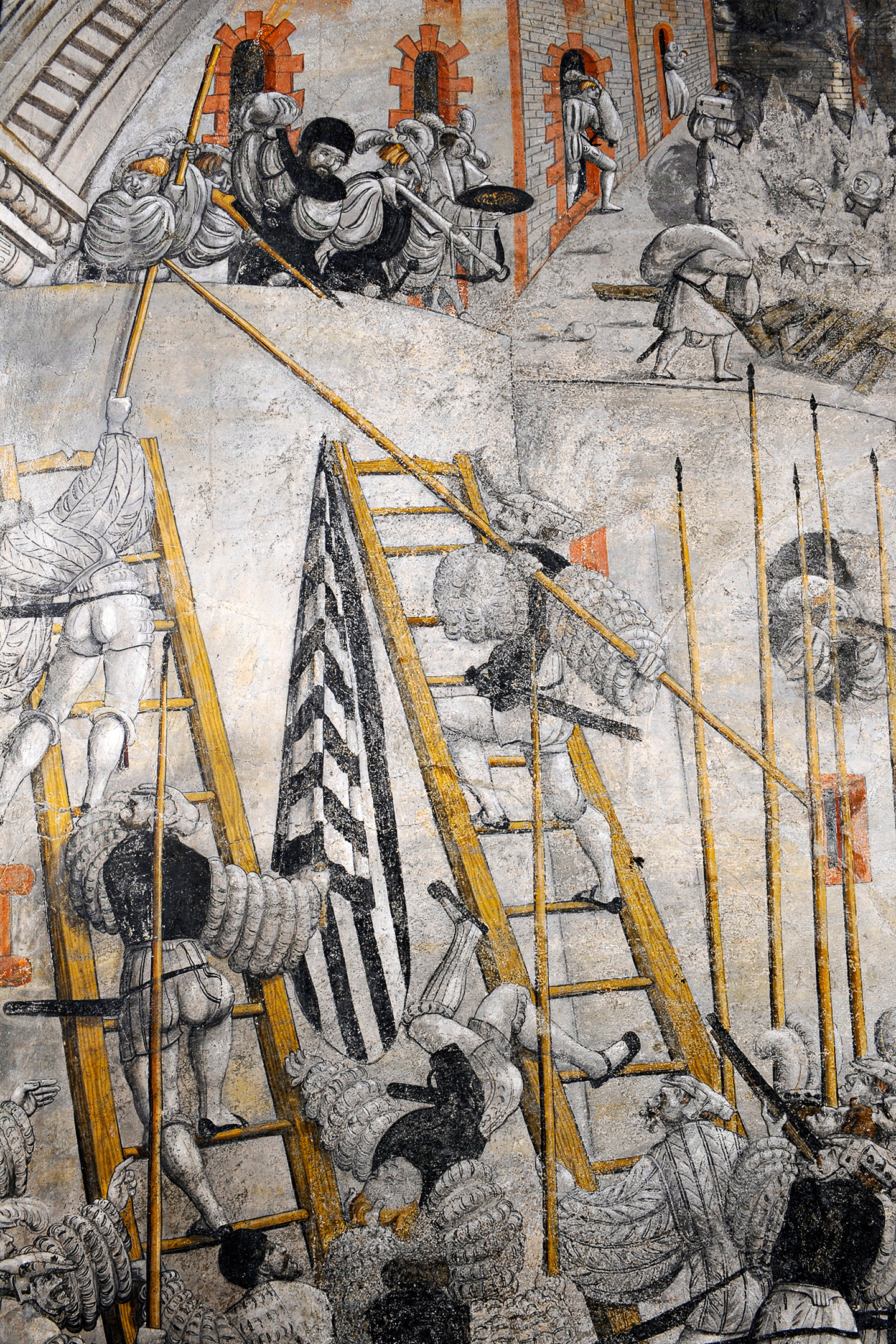 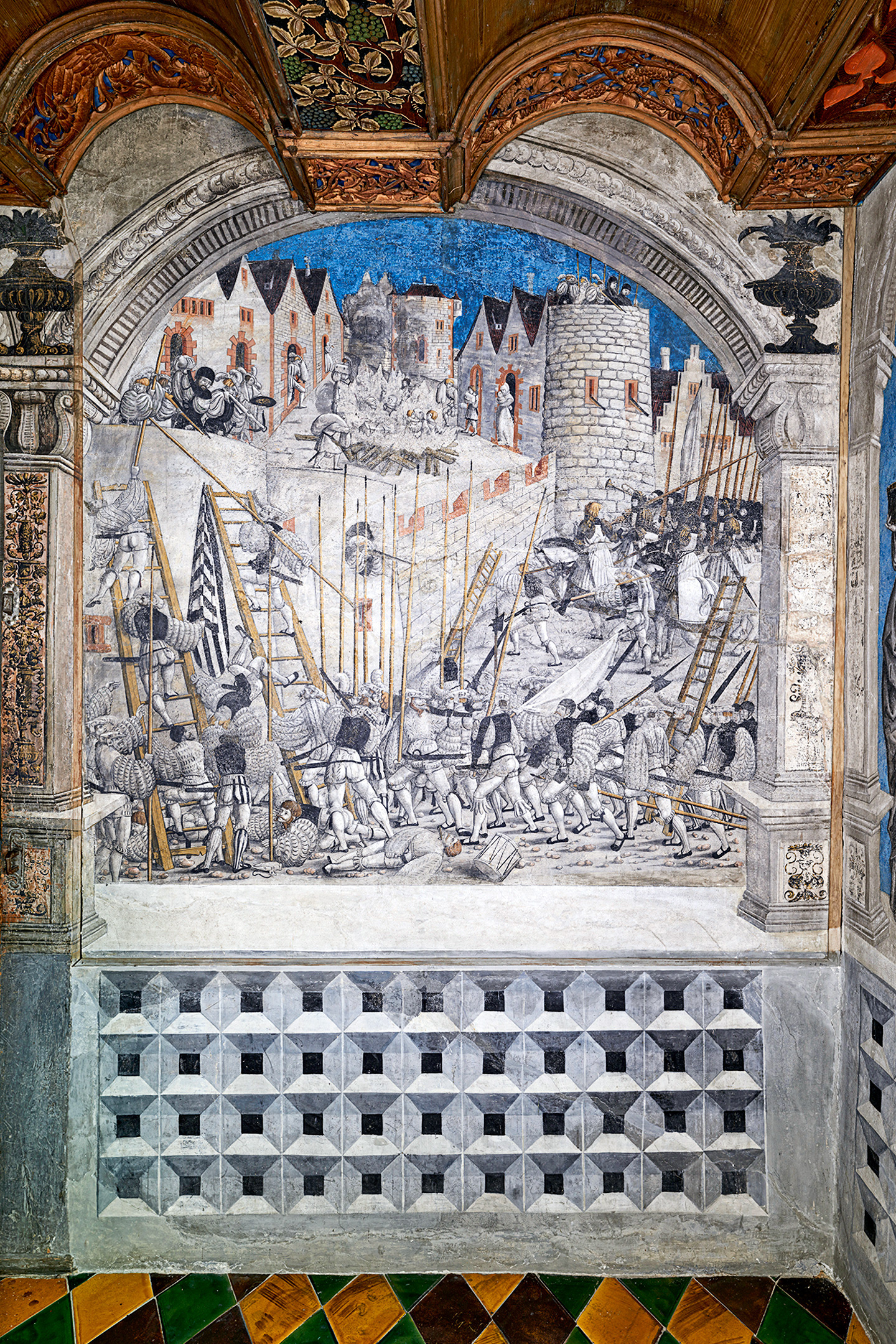 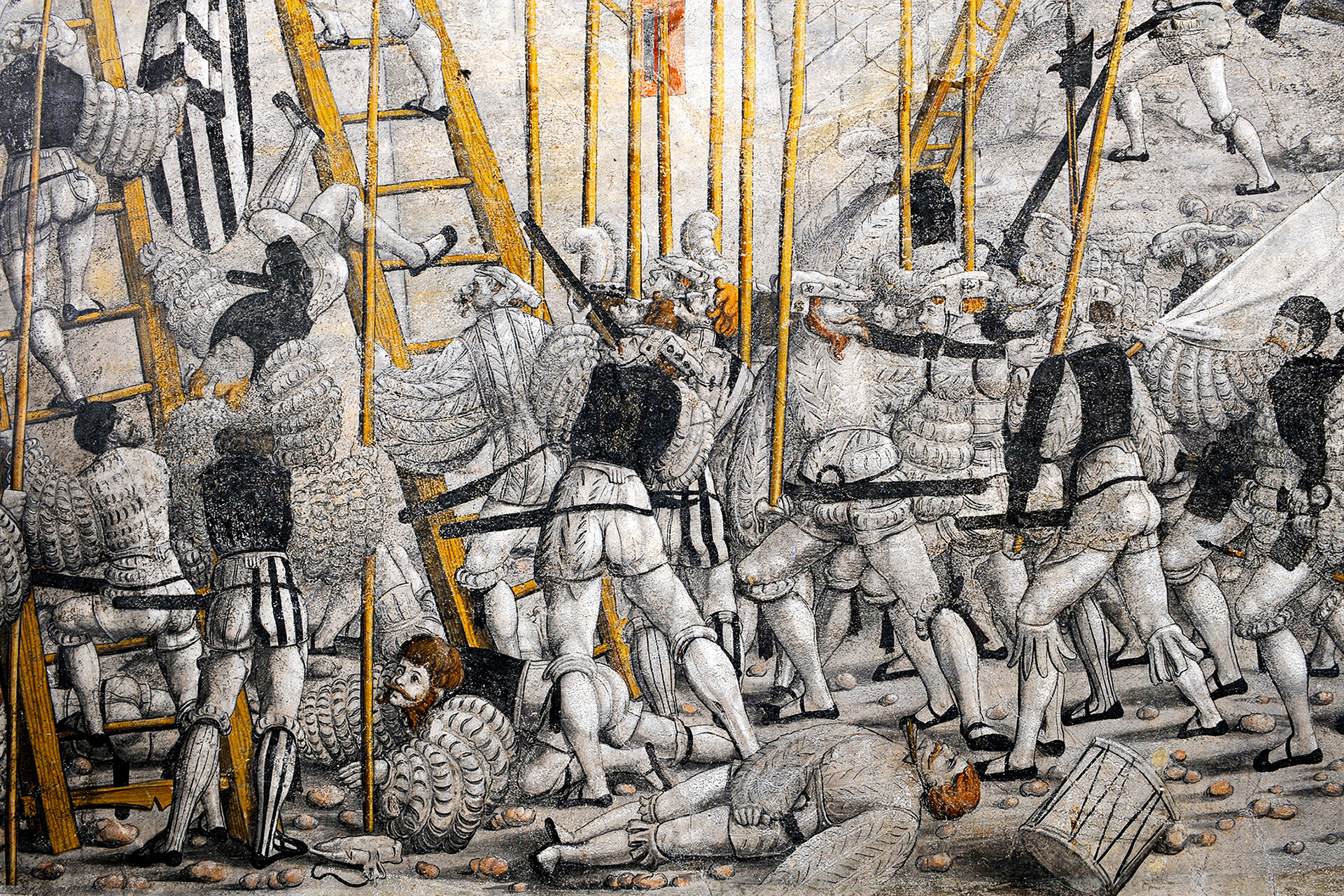 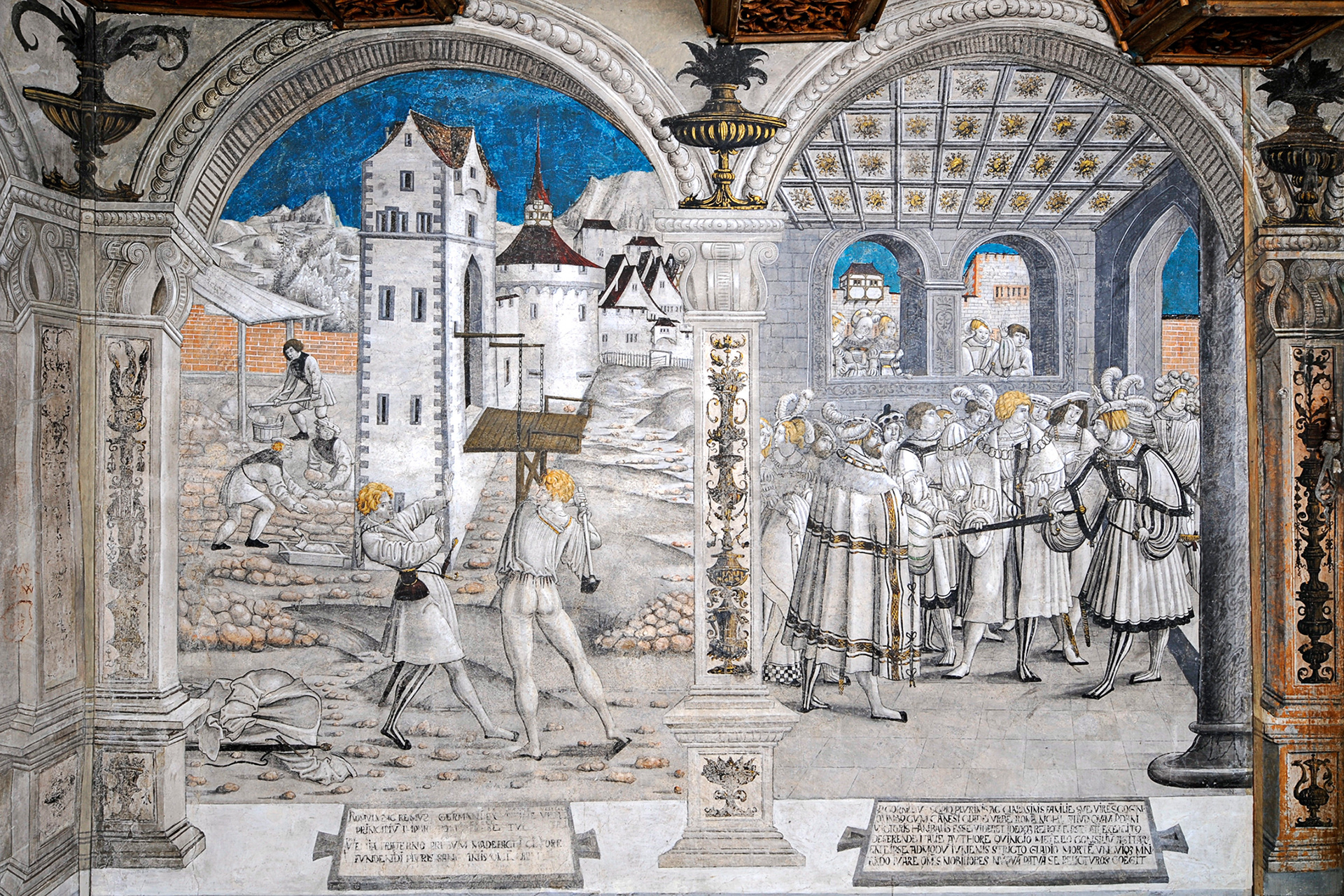 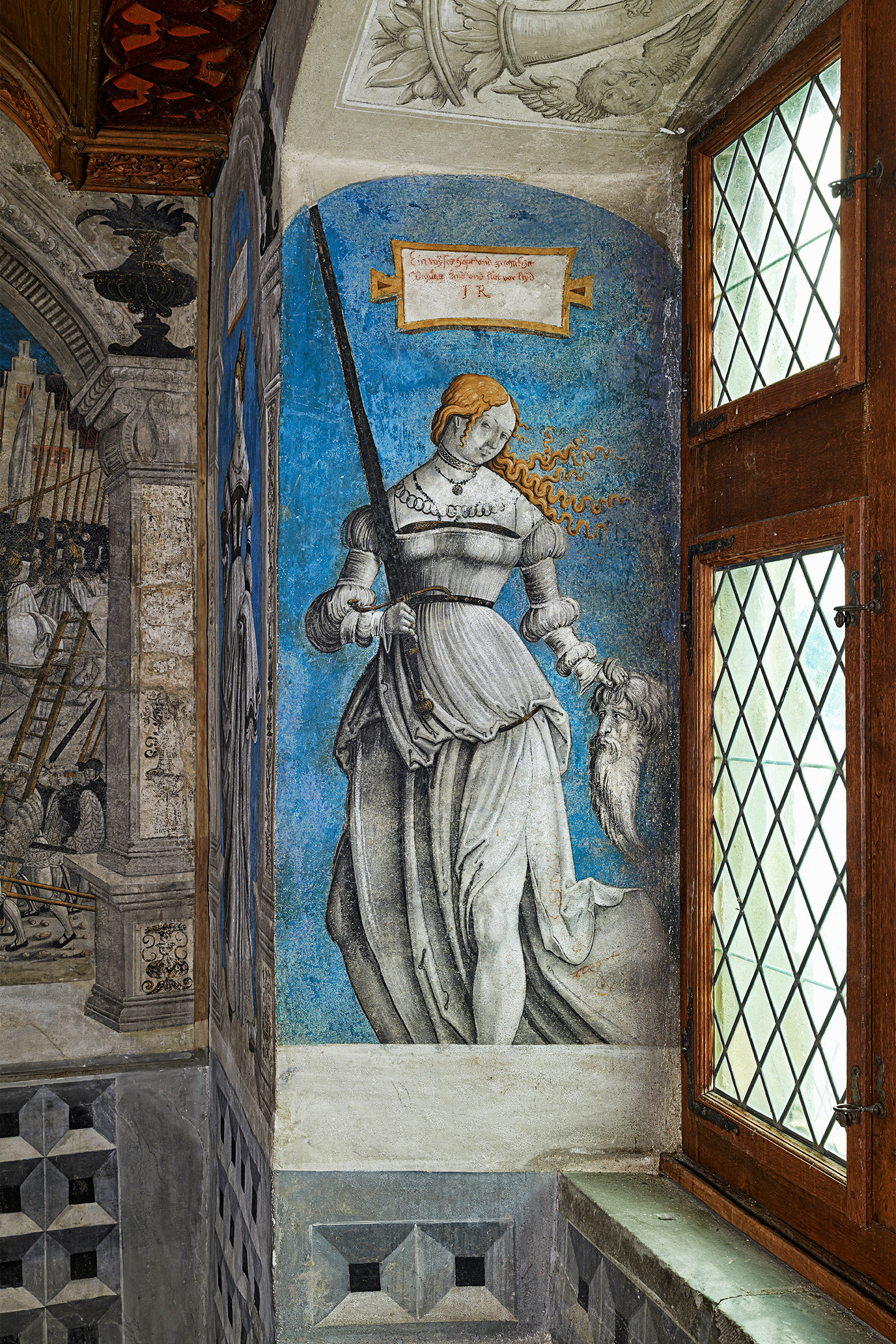 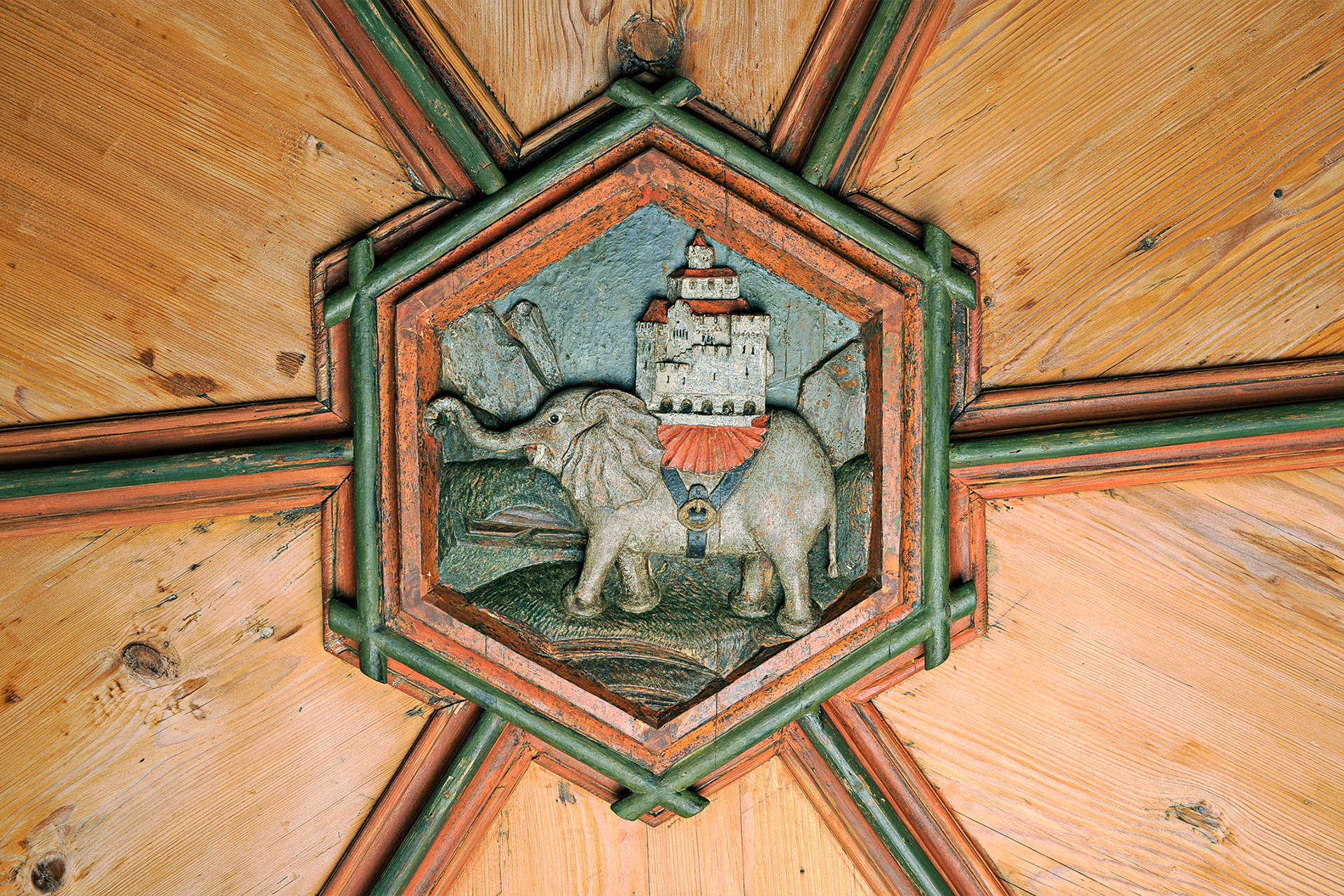 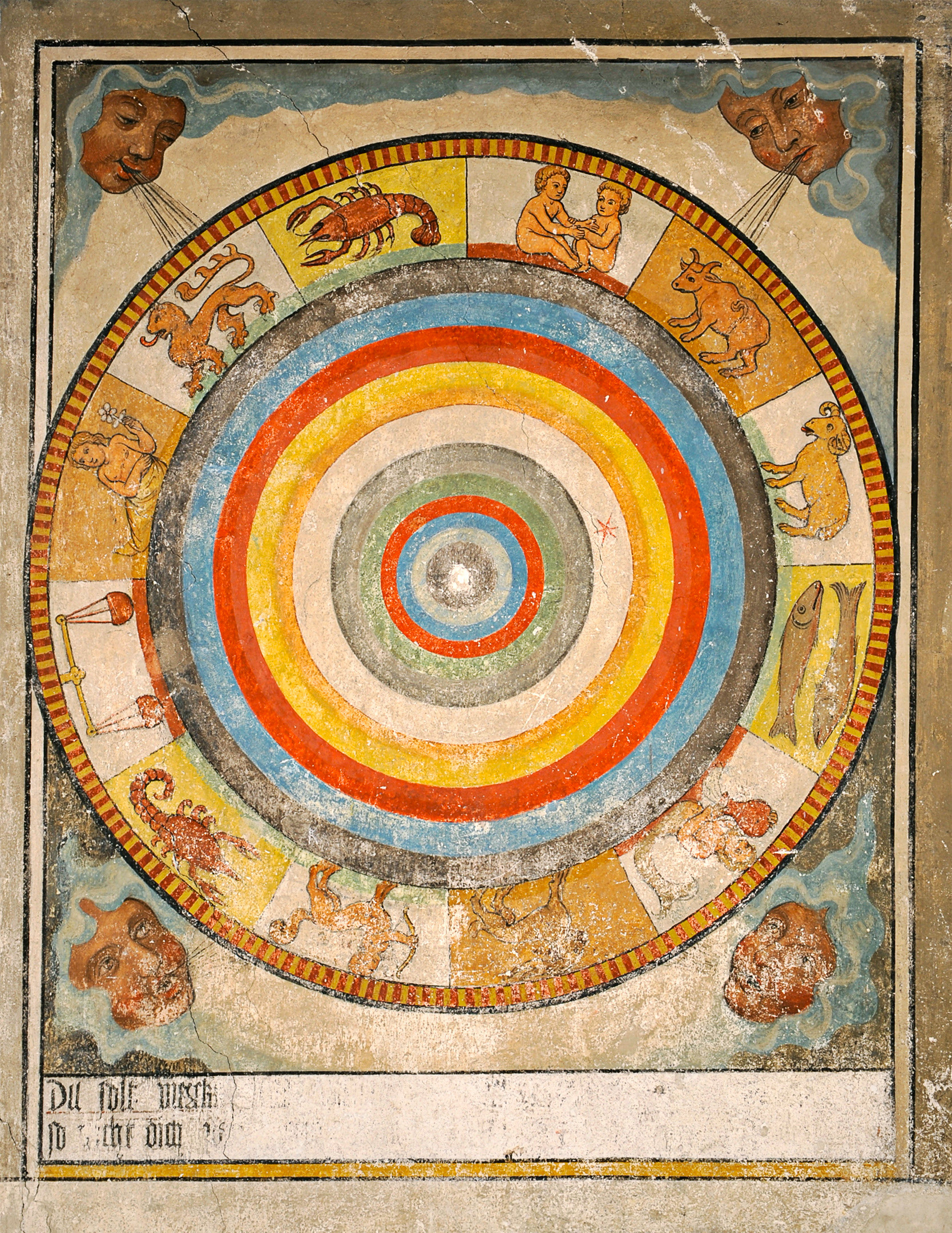 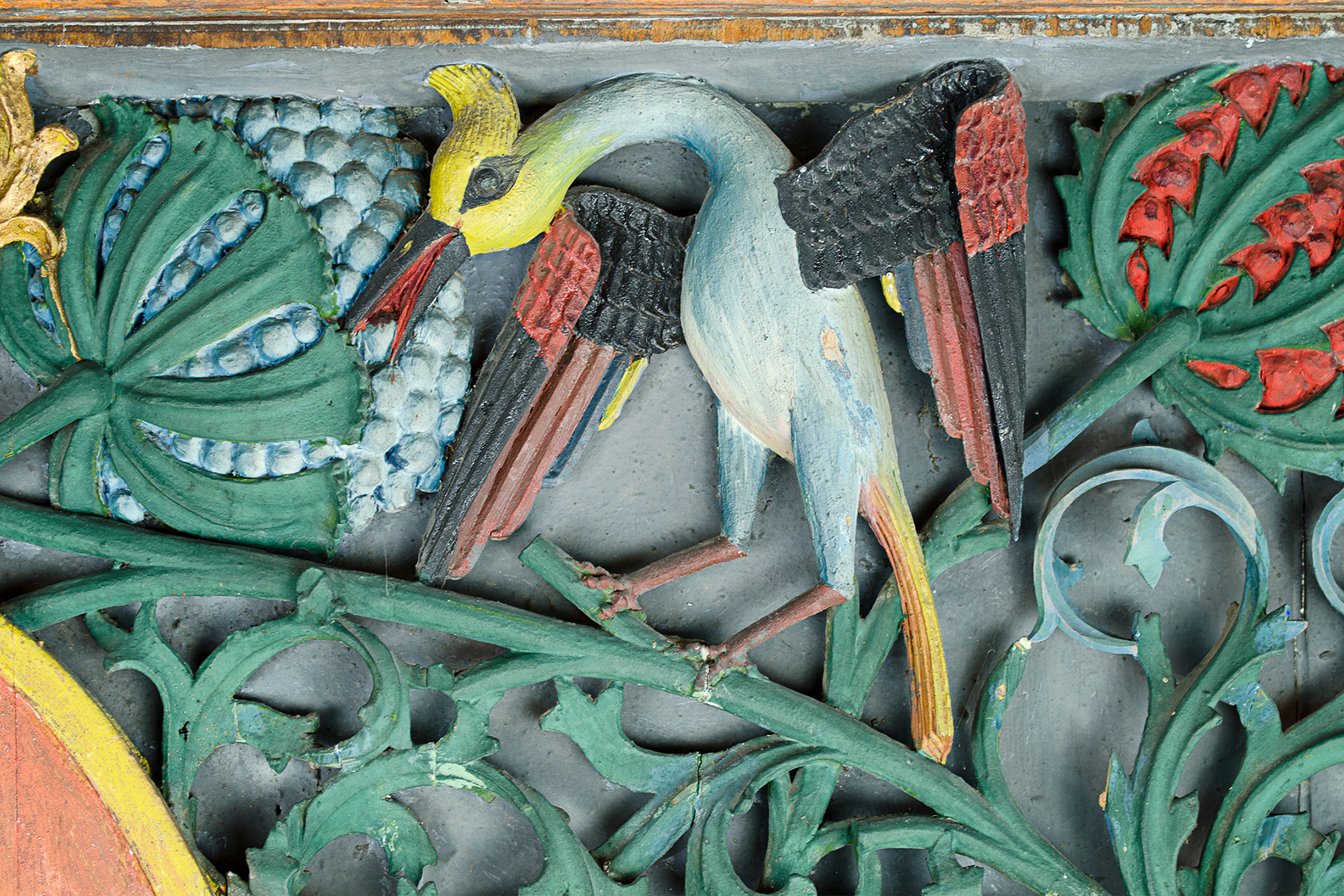 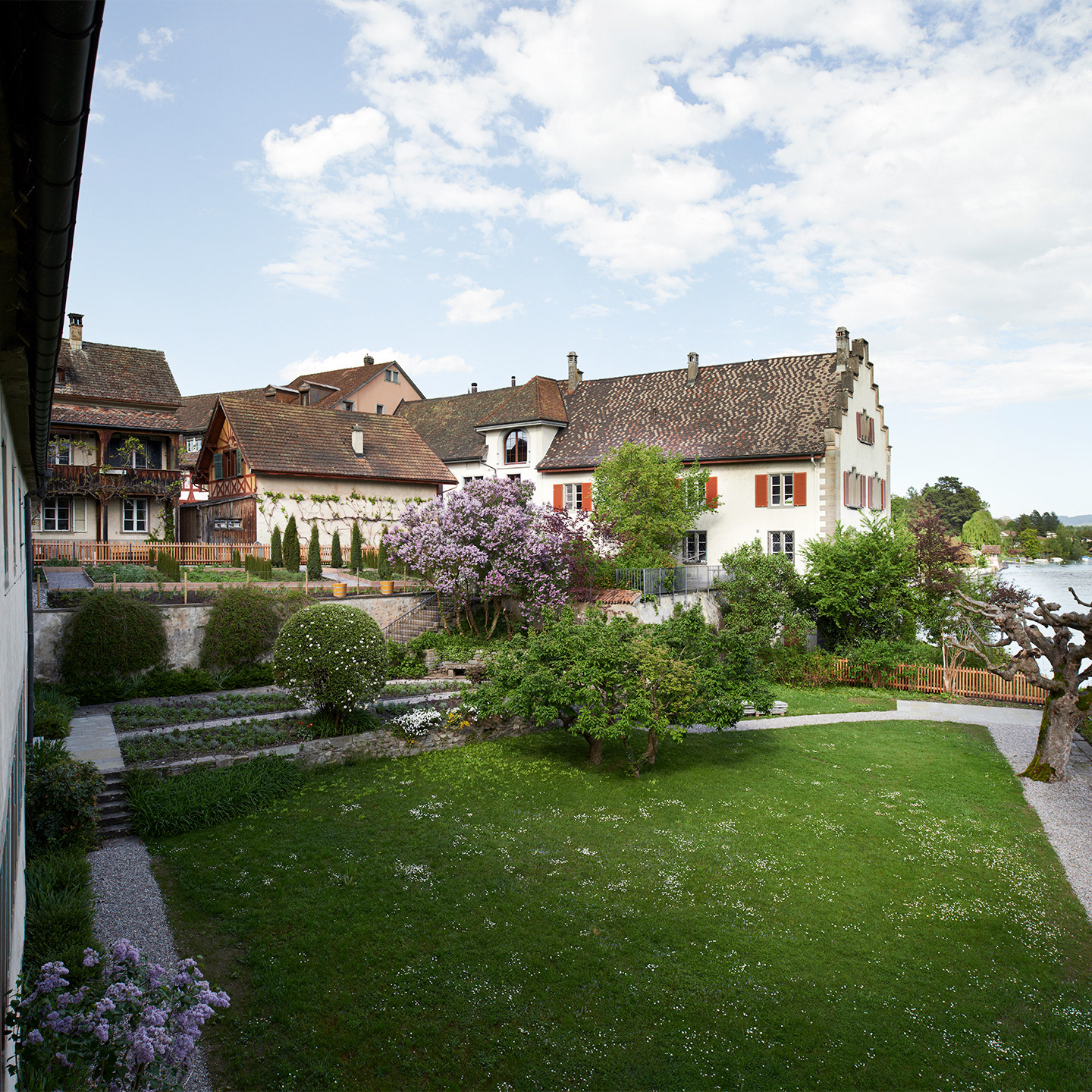 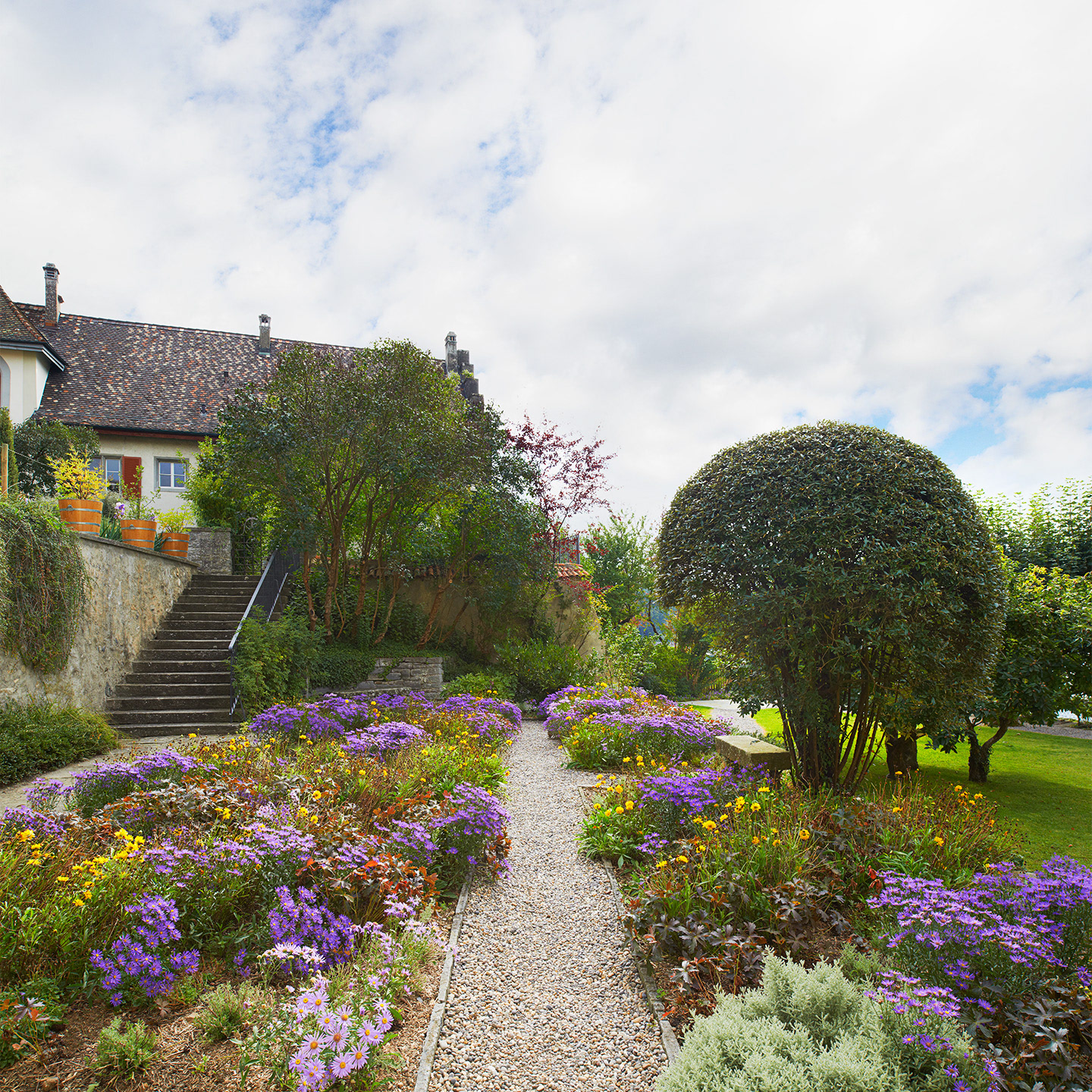 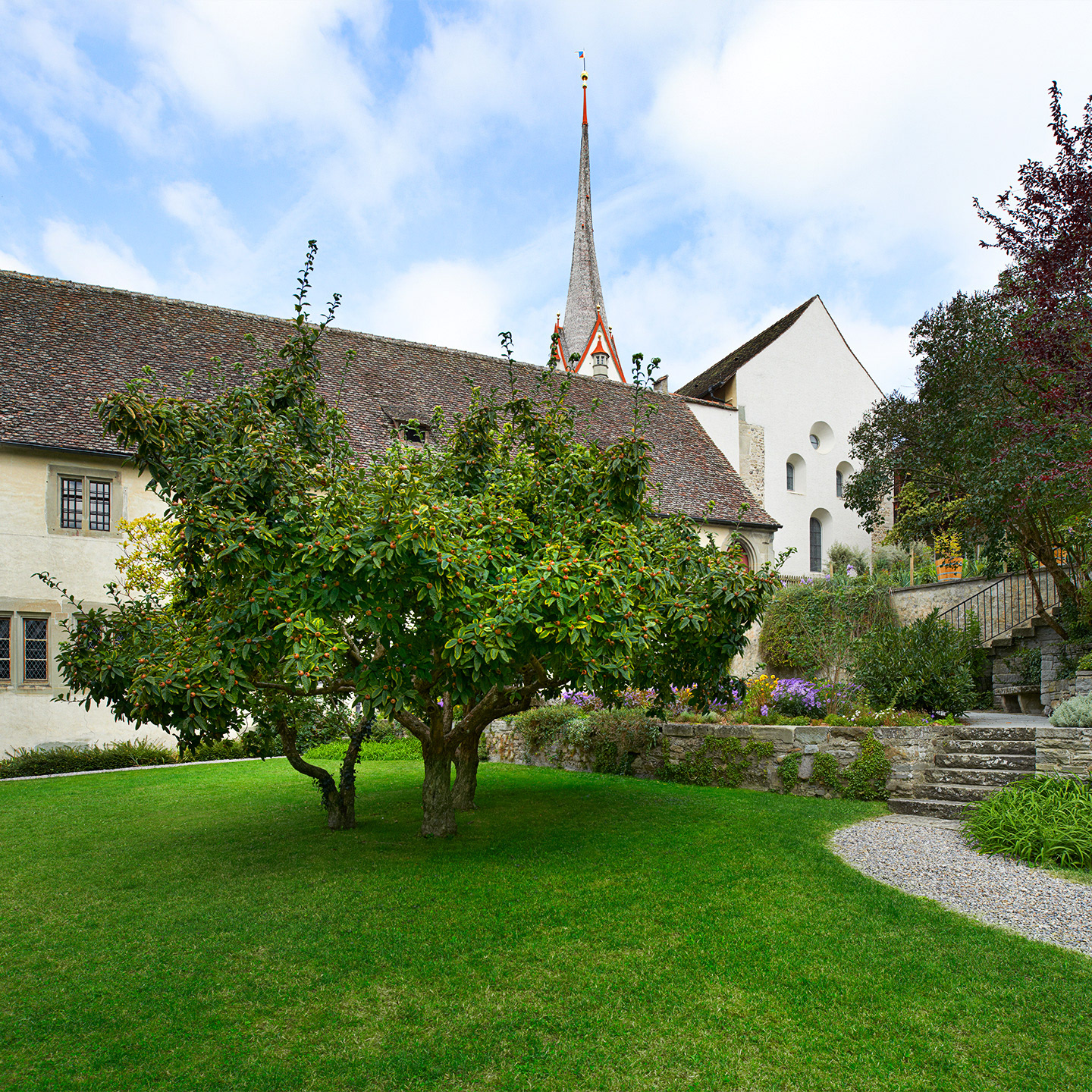 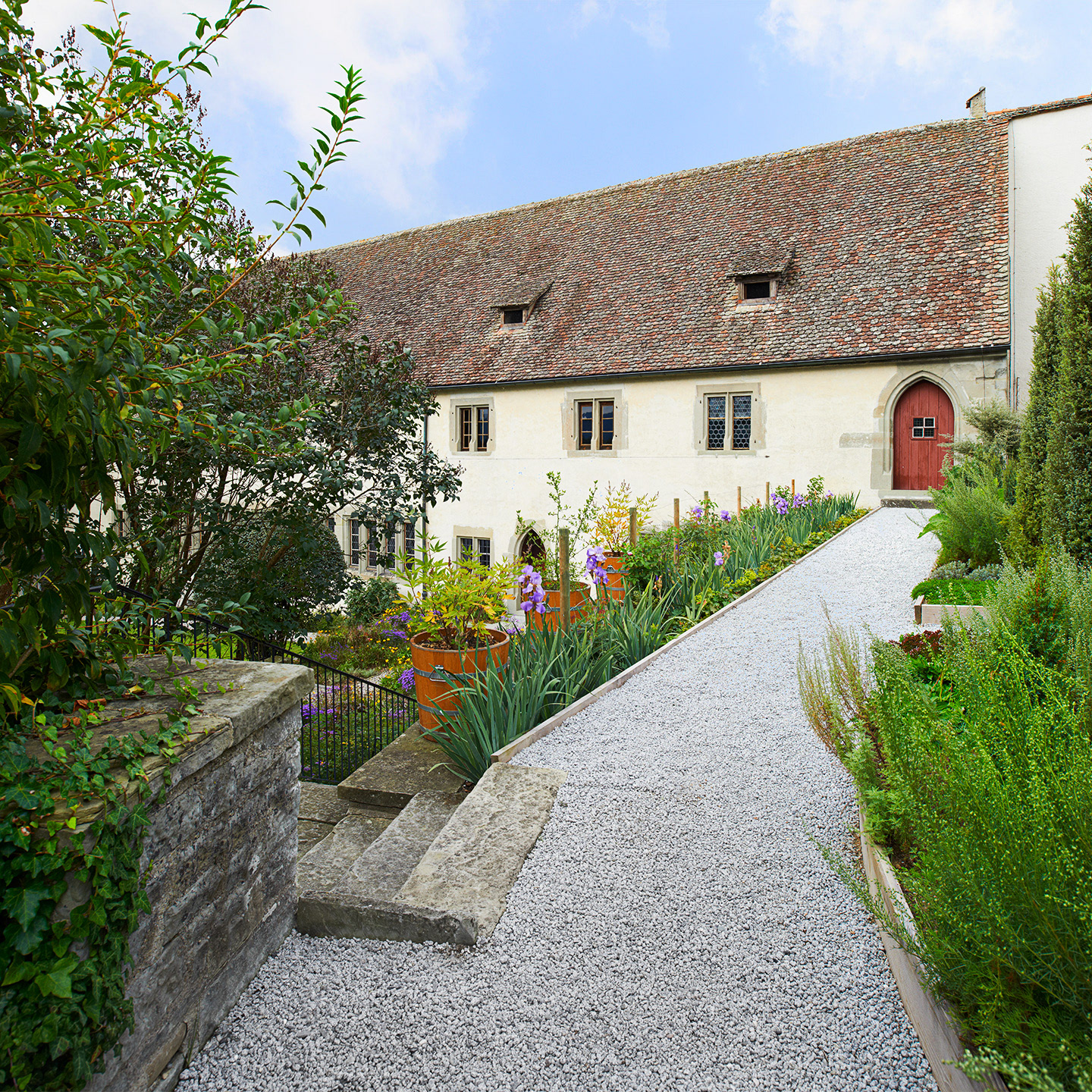 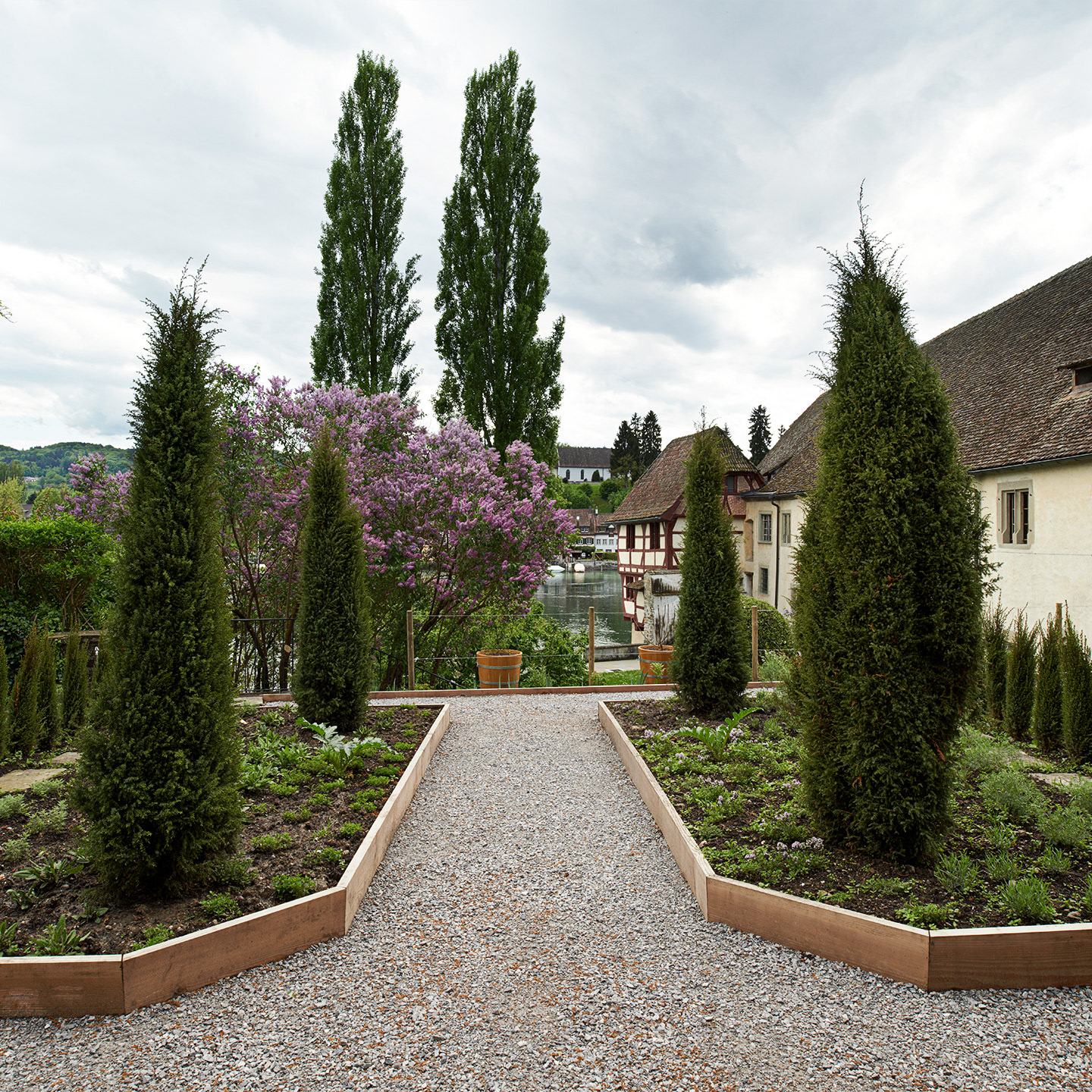 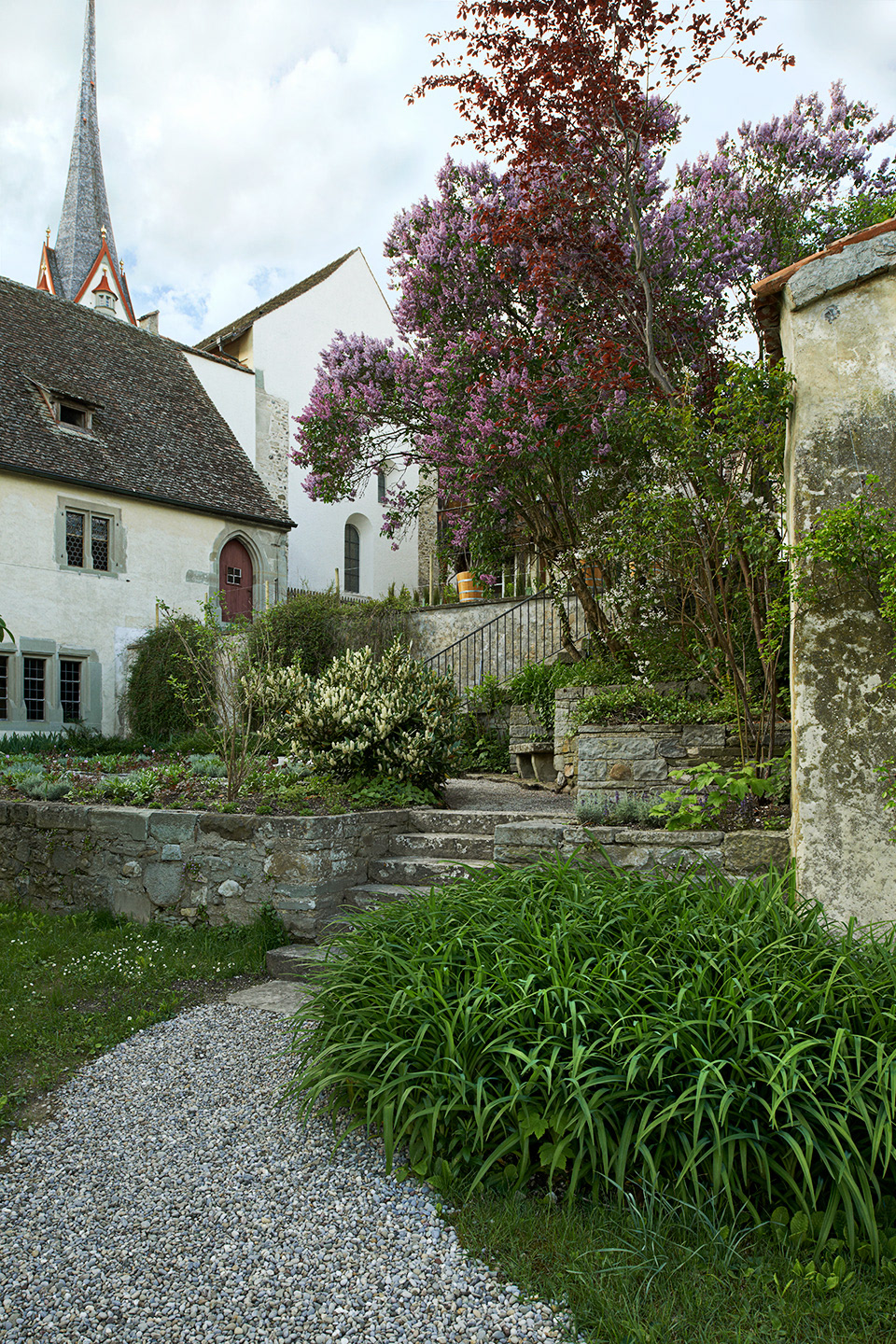 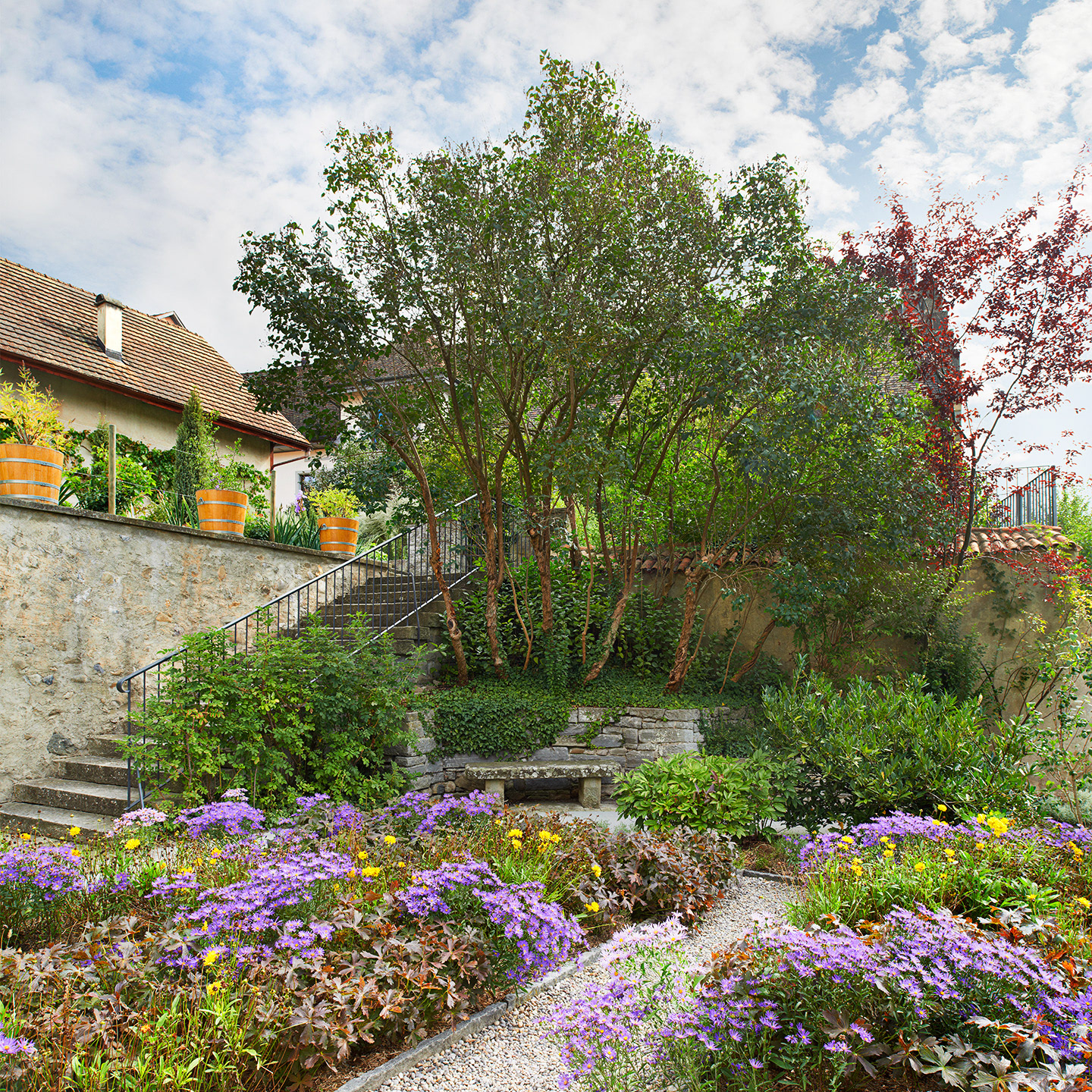 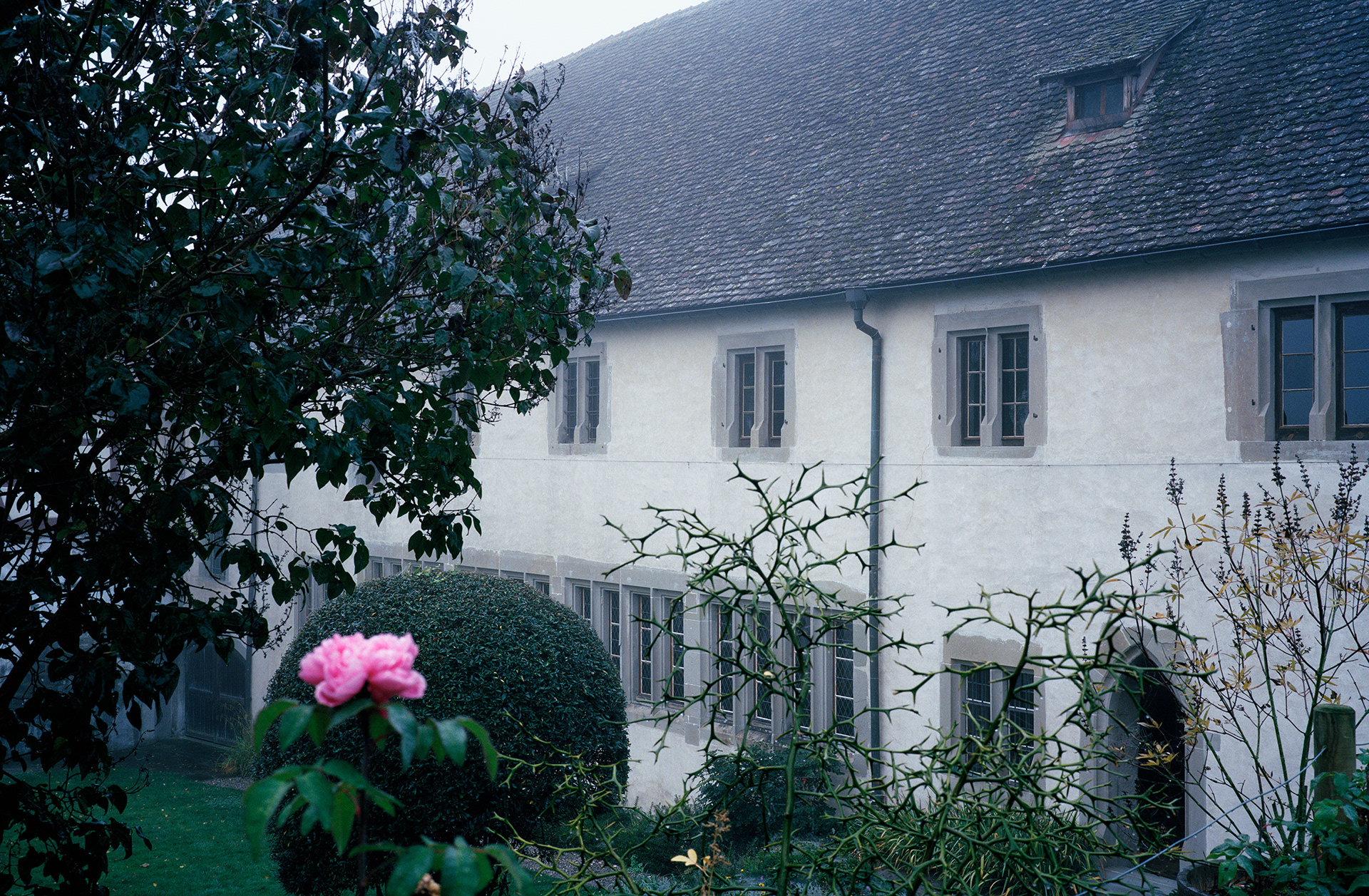 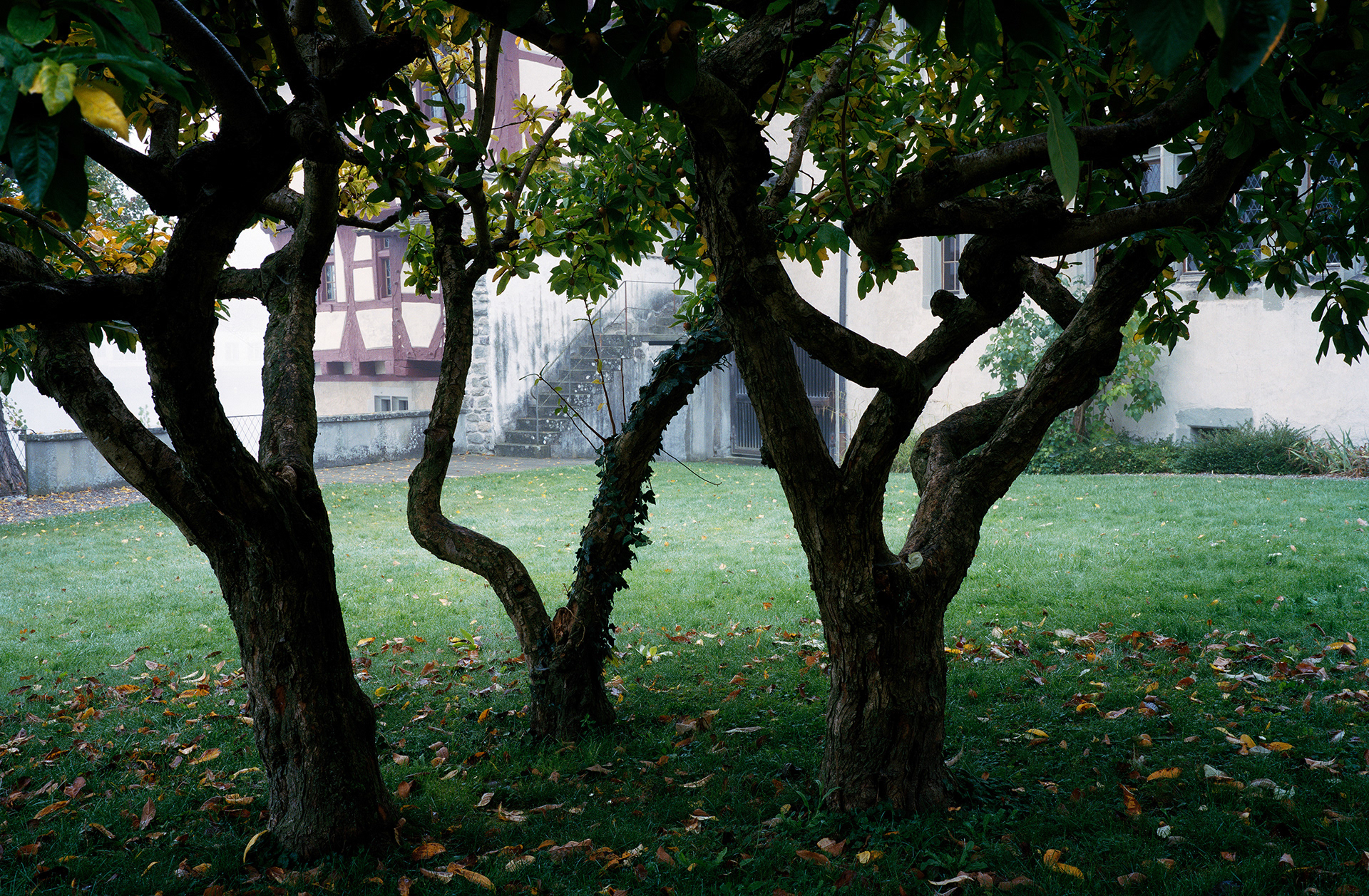 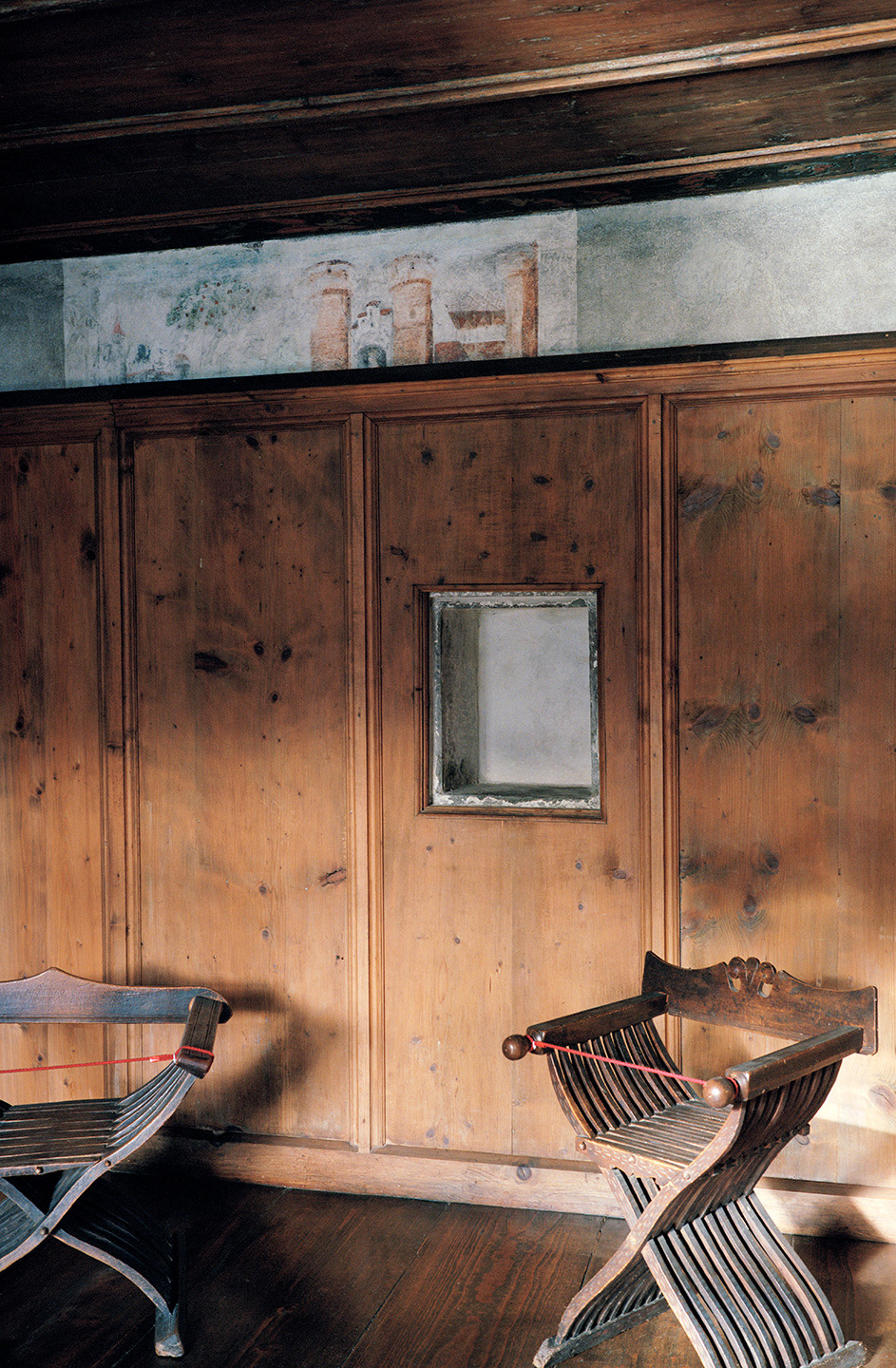 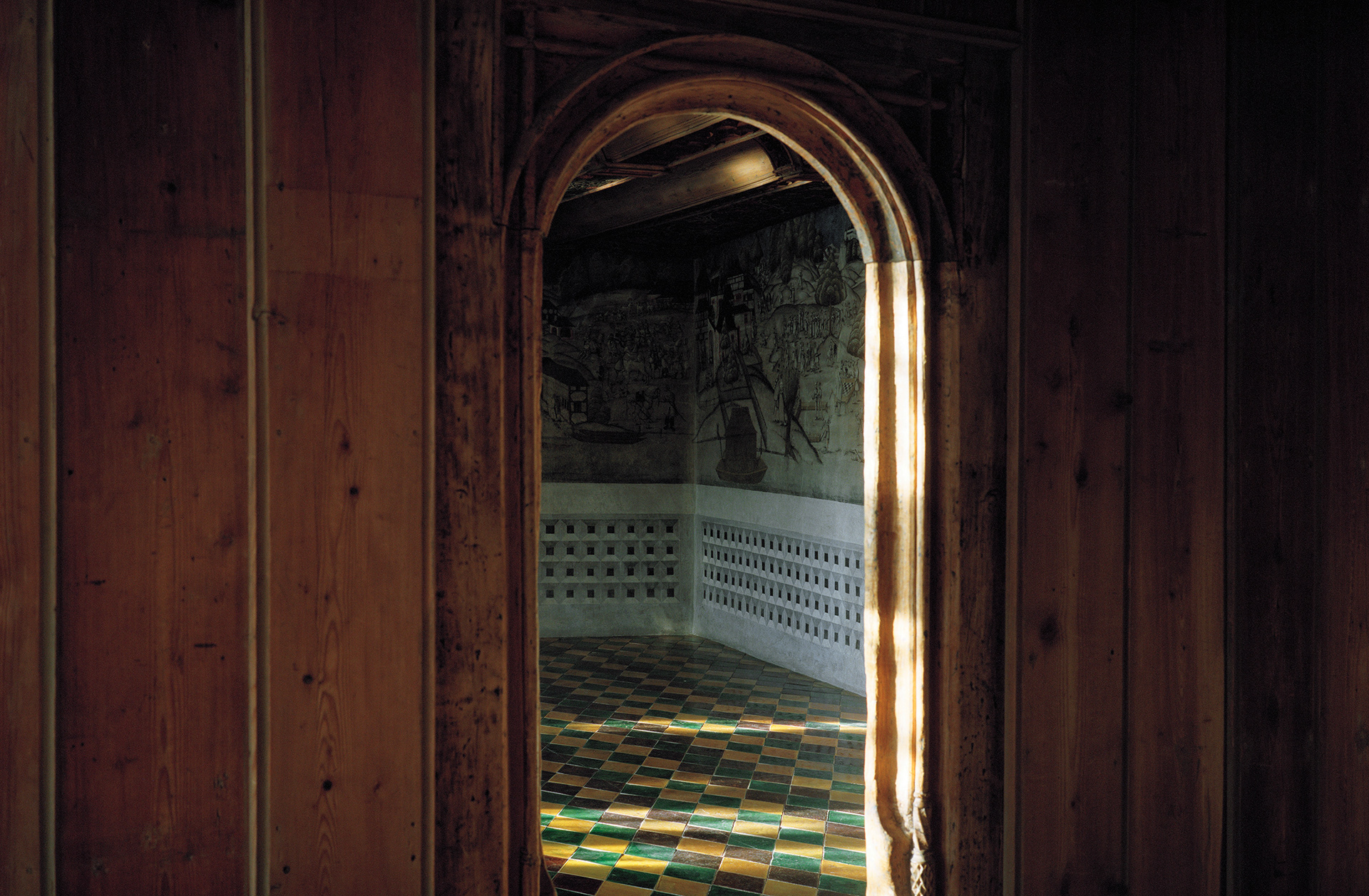 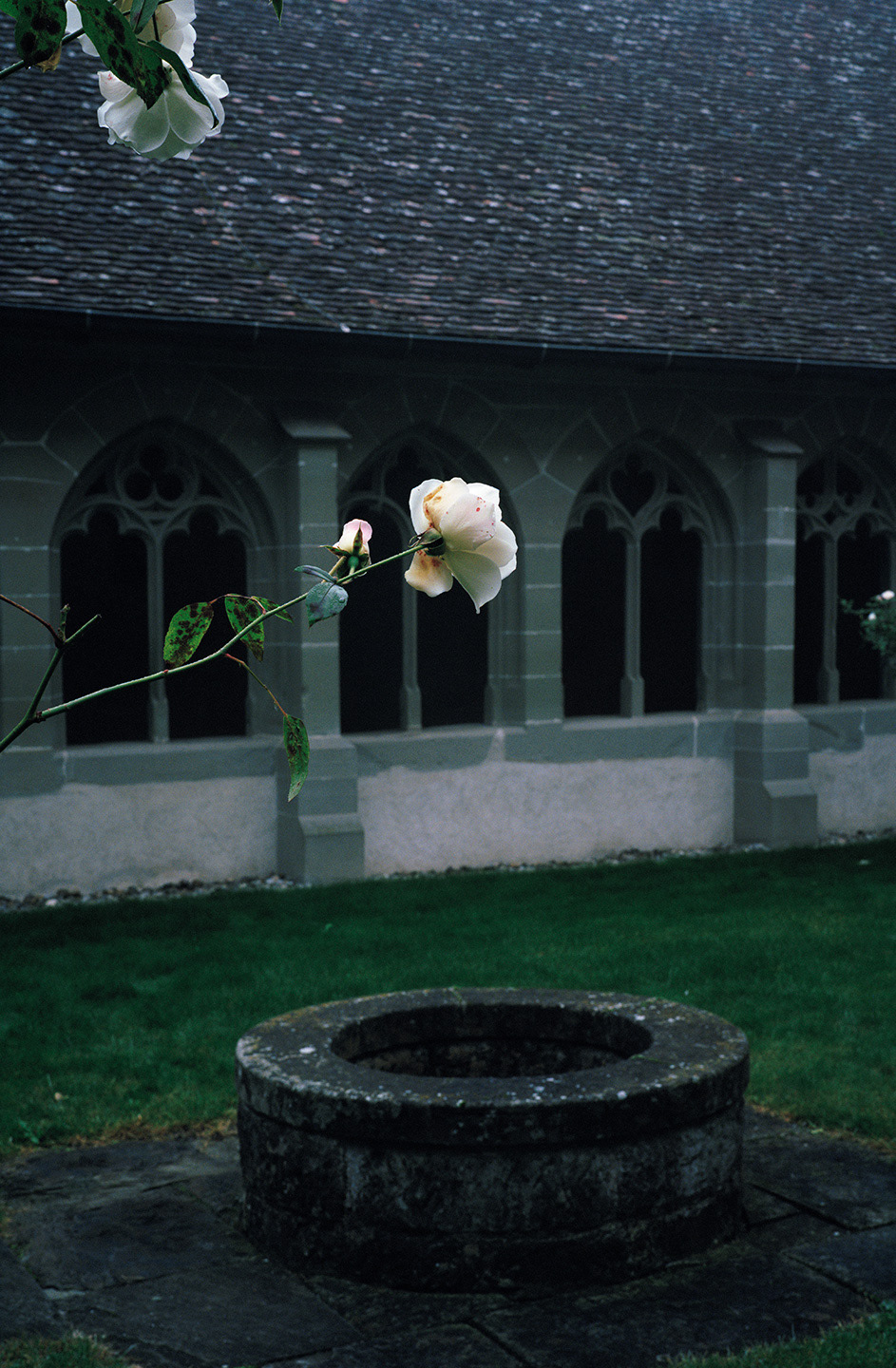 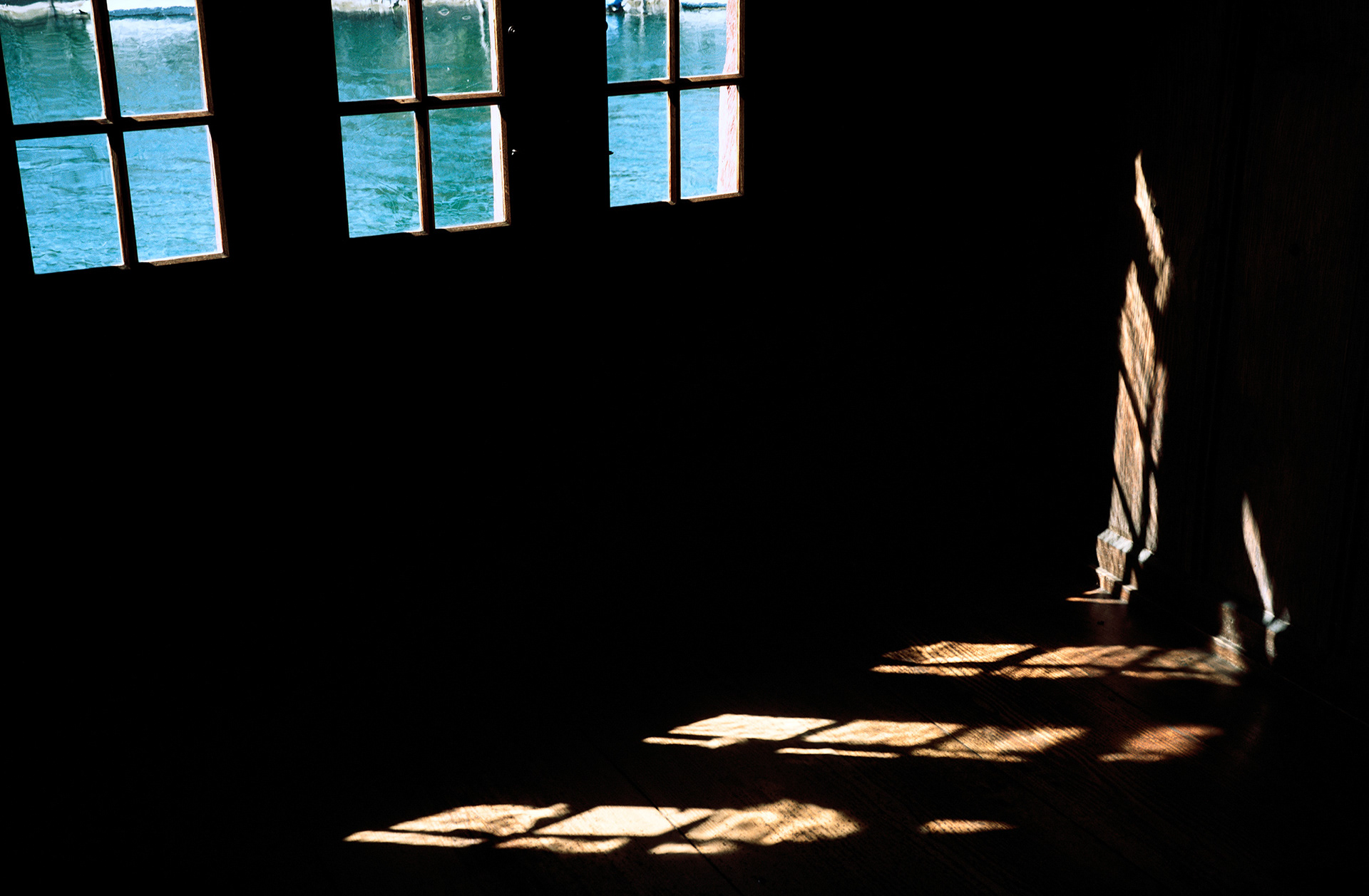 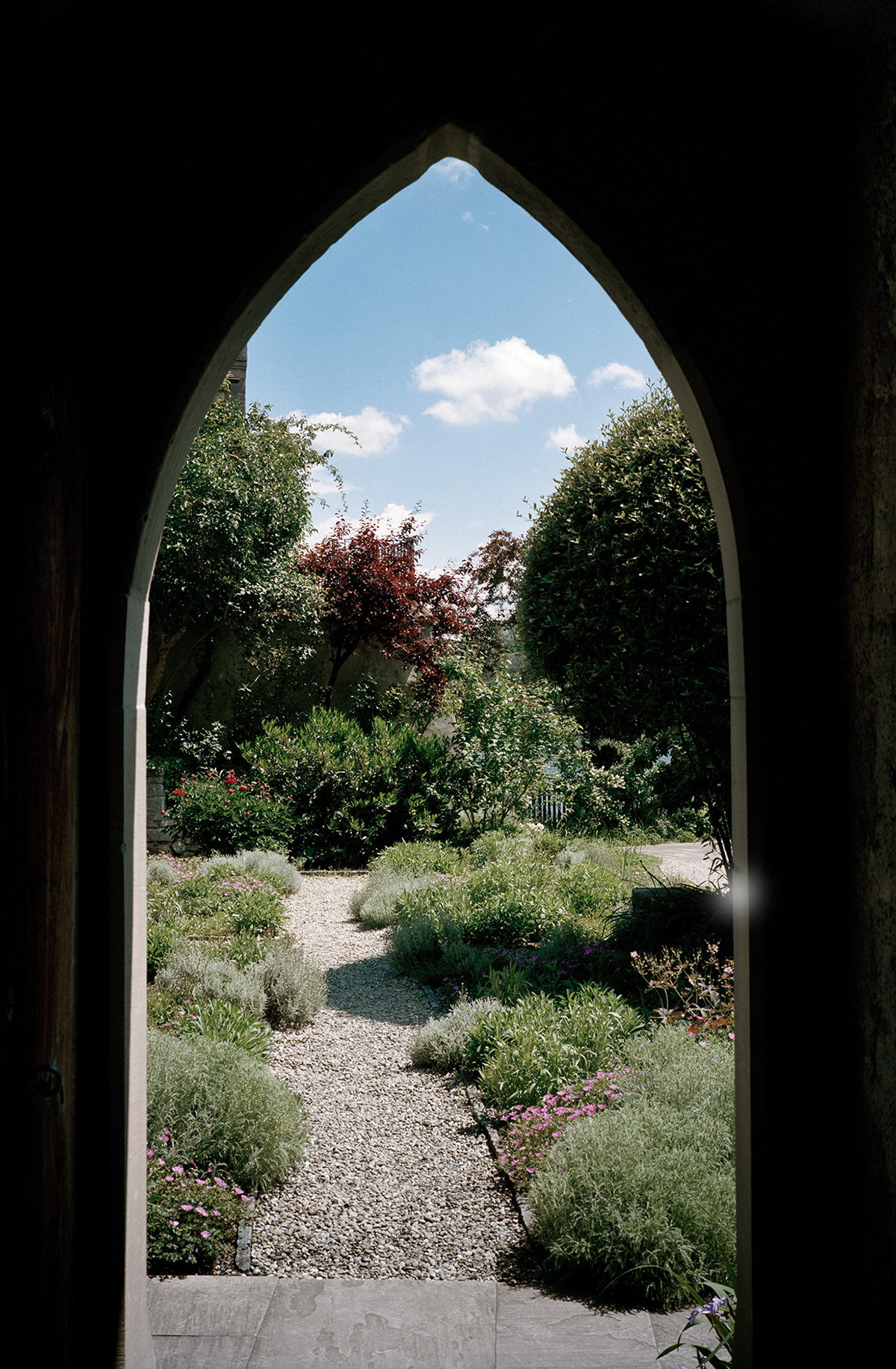 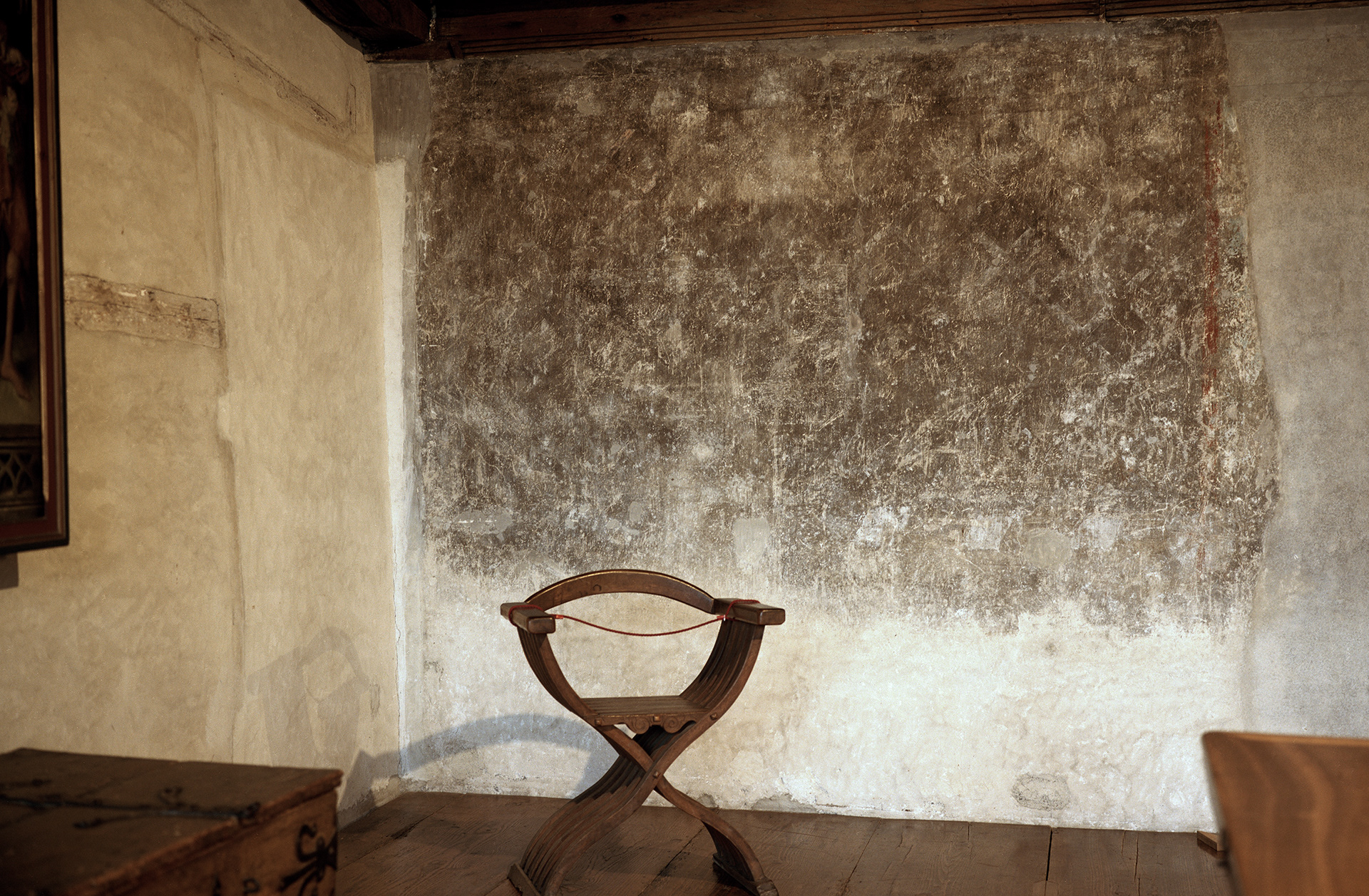 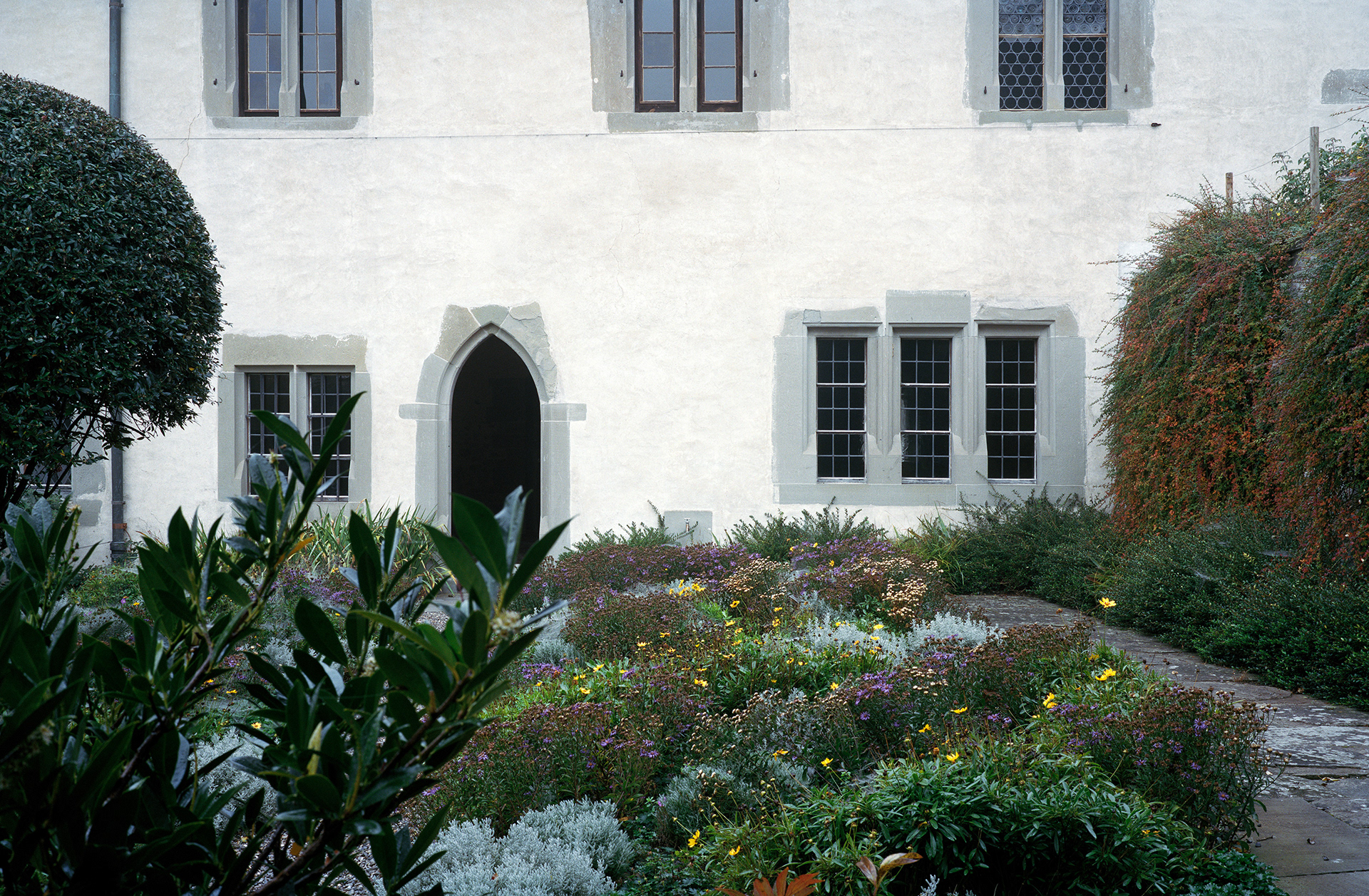 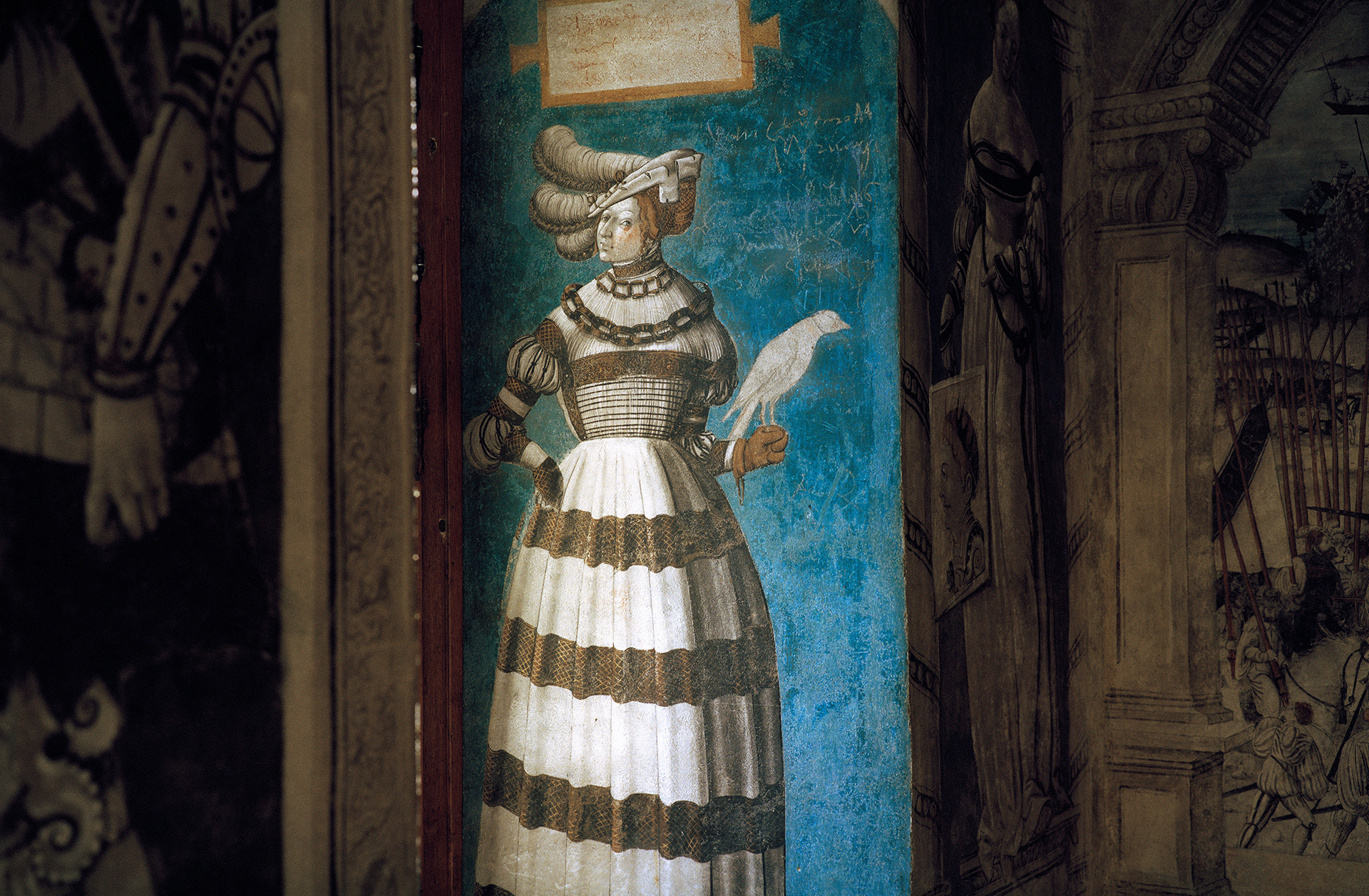 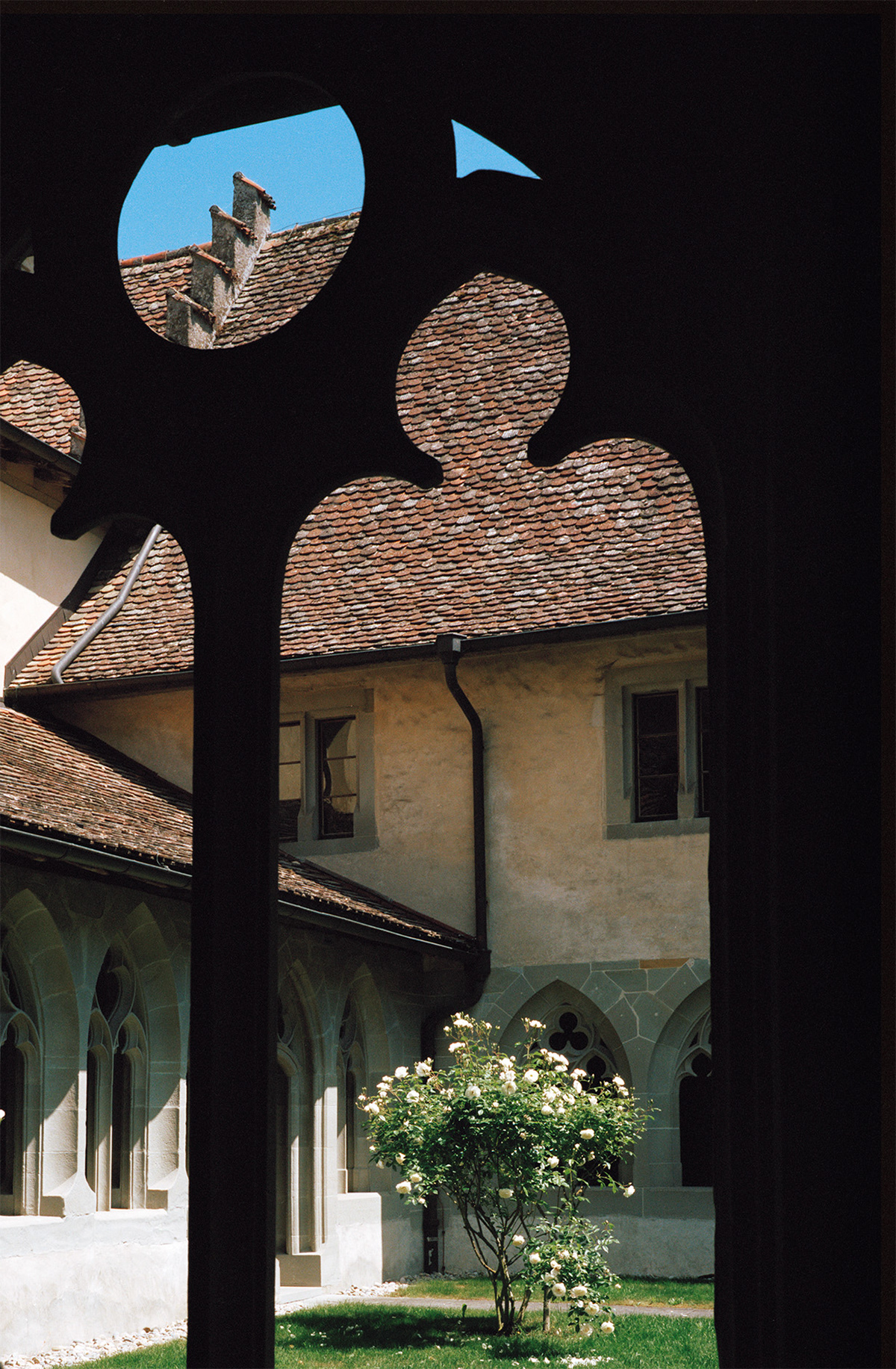 Photography by Claudio Moser shown in the space of the abbey 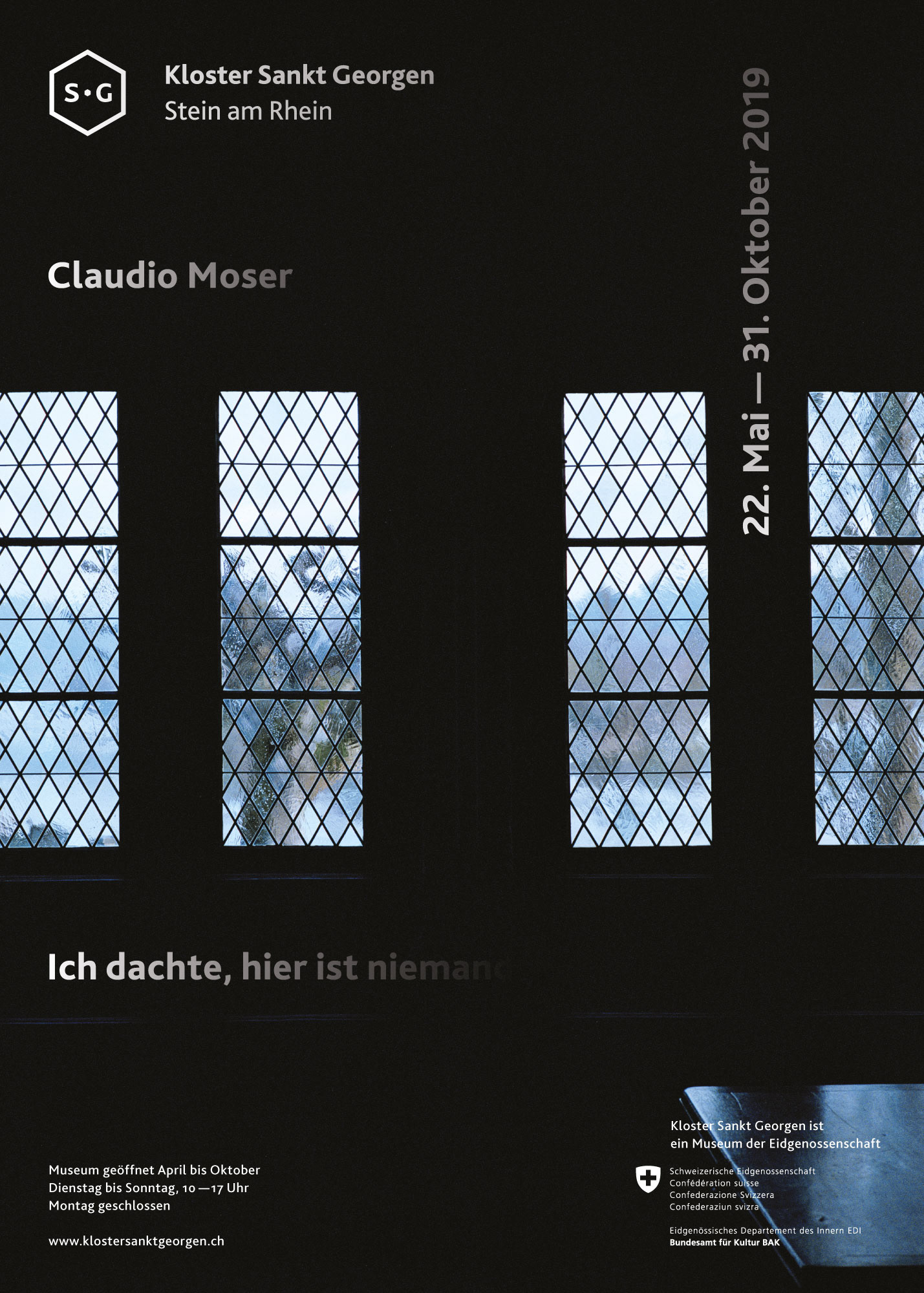 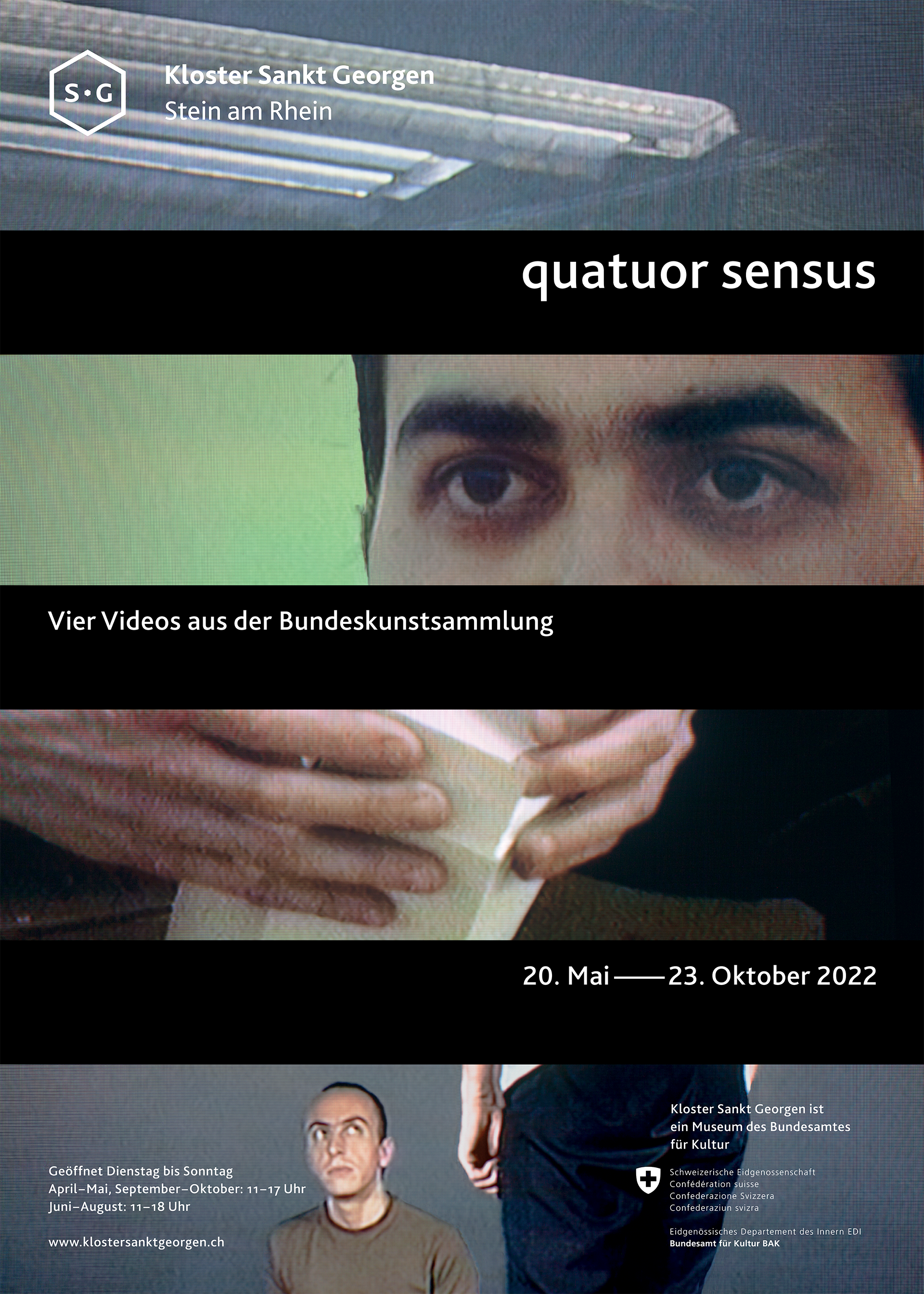 Translations of the room texts in French, Italian, English and Chinese

For the interior wayfinding and the room texts the already existing signage (originally designed by Les Ateliers du Nord) was reskinned.

Cookes are used to analyse activities across the website. Accept Decline